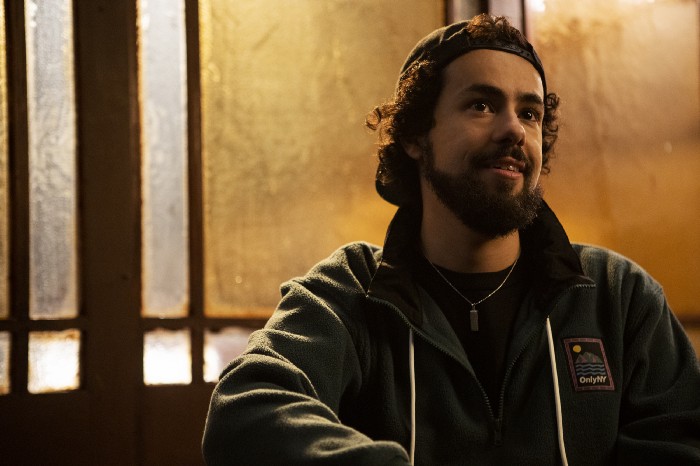 Since its premiere in 2019, Ramy has been the center of discussion in Muslim, Arab, and minority circles around the world. Season 1 garnered plenty thinkpieces and threads about the need for Ramy, and what should be desired from a mainstream depiction of an Egyptian, Arab, Muslim family. Season 2 (and especially its ending) was met with more…strong and immediate reactions. Unlike Season 1, which led to conversations about how we handle various struggles in our community, Season 2 leaves us thinking about how we handle/have handled/have been handled ourselves.

Before we get to the finale, we need to discuss the story leading up to the finale. For those who haven’t finished the season, it should go without saying, there will be spoilers. As a refresher, Season 1’s finale ends with Ramy and his cousin Amani sharing a kiss, leaving us with confusion, anticipation, and many questions.

Where will they go from there? Should they talk with their families? Will Ramy do the right thing?

It turns out that we don’t get any of these answers until the following finale. Season 2, instead, picks up where Ramy left off (spiritually) — still lost, still trying to improve. He’s introduced to Sheikh Ali Malik (portrayed by Mahershala Ali), and from that point, Ramy’s path to spiritual cleansing seems to go well.

We witness many moments of Ramy making some type of progress at the expense of being the killjoy in the room: encouraging his family to pray more, trying to get a job for Dennis, taking care of Dennis’s dog in his absence, helping re-secure funds for the center, vocalizing his discomfort in the Atlantic City trip, and eventually, choosing to marry Zainab as “by the book” as possible. Of course (as is usually the case with Ramy), we see him fumble in this journey as well, like his returning to porn and him initially giving in to the bachelor party plan.

Oddly enough, Ramy’s best moments are when he’s with the people you’d expect would hinder his progress, and most of his faltering is when he’s by himself. Ramy is constantly faced with friends and family disapproving of his changes, wanting him to go back to his old ways, and expressing concern in his relationship with Sheikh Ali. Yet, in spite of all the dissent, his resolve remains firm and he constantly does his best to keep moving forward.

Leading up to the season finale, you can’t help but root for the guy. Aside from some unfortunate mishaps that weren’t entirely under his control, Ramy spends much of the season showing himself, his family, his friends, and (most importantly) the audience that, despite all of his issues, his heart is in the right place. That’s partially why the finale’s revelation hurts so much: how could someone who’s trying to do good end up doing something so bad?

Season 2’s finale begins with giving us the closure we wanted from Season 1’s finale. We learn that Ramy’s budding romance with Amani quickly escalates to something sexual. After nearly getting caught in the act, Amani asks what the future holds for their relationship. Ramy, not having an answer, instead flails around while he tries to express his uncertainty and inability to commit.

Fast forward to Season 2’s finale, and Ramy’s uncertainty seems to have disappeared. He’s found a new path for his life, worked hard to be better, and committed to marrying Zainab. In light of what we now know through the beginning flashbacks, this 180° is almost unthinkable. As it would turn out, we’d be right in thinking it would be impossible. For someone who’s worked so hard to show us all he’s ready to commit, Ramy throws it all away in one night — the night before his Katb Kitaab, the night he chose to hook up with his cousin/ex.

I mentioned earlier that the irony of Ramy’s story is how he showed strength in face of the ones rooting against him and falters when left alone. Amani is the one character in Ramy’s story that actually supported his growth during his initial “lost” phase. Through all of his soul-searching and desire to connect with his roots, Amani was the one who gave him a sense of peace and validation in contrast to all of the disappointment he found in Egypt. Ramy ends up using Amani, the one person who would be happiest for his growth, to completely throw away all the growth he had gained.

Two notable events happen after this. The first is Ramy’s first night with Zainab, when the weight of his guilt causes him to ramble more than usual and, eventually, admit what had happened the night before. The second is Ramy’s attempt to rekindle what he had with Amani (which, I should note, was within hours after things had ended with Zainab). What she tells him really brings it all together:

“I’m not gonna be with someone who makes me do stuff that’s insane, and like, impulsive and destructive, man. Like, I…I do things with you that make me hate myself. Just go back to your wife, okay?”

Ramy’s spent so much of this season making impulsive decisions (with mostly good intentions) that lead to destructive outcomes — which he somehow manages to piece together — all while maintaining the good graces of the two people who have been his biggest supporters: Sheikh Ali and Zainab. And now, with his most destructive, impulsive decision yet, Ramy has lost the three people in his life that ever supported his growth without any exceptions.

Season 1 and 2 have done a great job exploring the many “f-bois” in the Muslim community: the one who’s blatantly misogynistic, the one who’s focused on partying and having a good time, the one who’s focused only trying to get sexual pleasure, and plenty more archetypes within aspects of other characters. Ramy initially doesn’t appear (or try) to be any of them, but ends up being one of the worst of them: the one who lives in uncertainty and drags everyone along for the ride. This type of guy may have the best of intentions, but ends up leading his life through scorched earth, burning everything and everyone around him. Each person that Ramy’s tried to help, or to whom he’s tried to grow closer, has their lives ruined in one way or another.

It’s easy to hate Ramy for what he did to Zainab and Amani. I certainly do. But, while we’re hating a fictional character for his actions, these actions reflect a very real experience that exists in our communities. Ramy is a (partially-exaggerated) depiction of people we see in our everyday lives. We have all met a Ramy, and in many cases, we might see a little bit of Ramy in ourselves.

It’s clear that the Season 2 finale garnered the type of emotional reaction a writer would want after developing characters for two seasons. However, the greater effect of Ramy’s character arc is how the show raises a mirror in front of us, forcing us to examine events and mannerisms in our own lives. Watching how a character could hurt so many people makes us reflect on how we (myself included) might have acted in our own lives. We see Ramy trying to do his best and we see how little his intentions mean in the scope of the damage he’s done. How many times have we justified our own mistakes? How often have we minimized the effect of our actions? How many people have we hurt along the way?

And what about those of us who have had a Ramy in our life? It’s a long process to let someone in, to allow yourself to become vulnerable with them, to share each other’s goals, aspirations, struggles, regrets…everything that makes us complex human beings. Then, when you’re hurt by them in such a deep way, how do you reconcile the feelings of sympathy (having understood their journey and intentions) with the anguish of the trauma you’ve been dealt?

Ultimately, Ramy’s arc depicts the complicated realities many of us face. Bad people are capable of doing good things, and good people are capable of very, very bad things. Our ongoing transformations make it impossible to categorize us as “good” or “bad,” and so we all exist in this flux of gray. Our actions, both intentional and unintentional, can be the source of good for one person and harm for another. And, whether we like it or not, our journeys of self-discovery are not in isolation and can have real impacts on the lives of others.

It’s uncomfortable having to break away from the fiction of Ramy and re-focus on the realities of our own lives. But, that’s the value of good storytelling. We’ve watched Ramy’s journey for two seasons, gaining an intimate look at the character’s experiences, thought processes, and everything that makes him a complex, messy human being. Now that we’ve seen where his story has gone, how will this affect how we write the rest of ours?